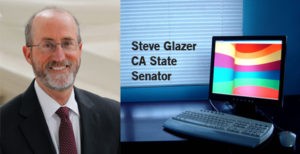 The BART board of directors approved new labor contracts for BART’s three largest unions, all on 7-2 votes, on Dec. 3. Prior to the vote, I joined the meeting to voice my opposition to the board’s actions.

BART is in a financial meltdown due to the pandemic, and it has no clear plan for recovery. So why did the district make an early agreement with its represented employee groups when the current contract does not expire until July 1, 2021?

It is important to note that in the first half of 2021, BART will have a clearer idea about COVID-19 vaccine availability, ridership improvements, financial bailout assistance from the federal government and the results of early retirement incentives already offered to existing employees. All these potential outcomes provide important budgetary insight that should be considered before agreeing to new contract terms.

This agreement is premature and will likely harm BART riders, commuters and taxpayers through fare hikes and service erosion.

Shockingly, this contract was negotiated without any public notice and occurred during an active election campaign for BART Directors. While directors were negotiating with BART unions on one hand, they were asking the same unions for campaign contribution with the other hand. This is an outrageous injection of politics in a hugely consequential employer-employee agreement.

The district’s own financial analysis projected a $33 million shortfall by next summer amid the steepest decline in ridership in the agency’s history. BART is tying its hands when the district will need all the flexibility it can get to avoid a financial disaster.

By giving up the ability to implement salary reductions if revenues continue to decline, BART is leaving few options but to lay off employees and curtail the number of trains. This would further depress ridership and deepen the agency’s financial crisis.

BART has failed to even do a salary survey of other transit districts and public agencies to determine if the salaries called for in this agreement are needed to recruit and retain qualified employees – basic data needed to inform any effective negotiation.

By setting the terms of the agreement at three years – rather than four years, based on past contract durations – the future contract will be negotiated during another election year.

No wonder the BART administration undertook these negotiations without public notice, and the board rushed the contracts through with little public review. BART’s management doesn’t want the public to see what they are doing because they know that BART riders and other Bay Area residents would not support this agreement if they understood its details and its consequences.

Steve Glazer is the California State Senator representing the 7th Senate District. If you have questions about this or other topics, you can reach out to him at ­sd07.senate.ca.gov.