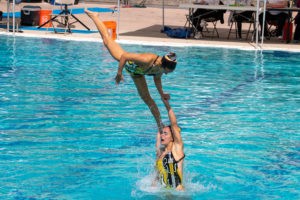 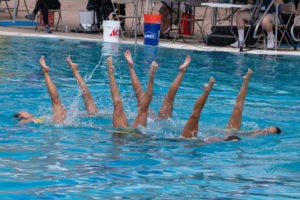 WALNUT CREEK—This year’s artistic swimming season was cut off almost before it began for the world-renowned Walnut Creek Aquanuts. It looked like the Olympic year of 2020 was shaping up to bring national championships, gold medals and national team placements to Aquanut teams and swimmers.

Despite quarantine and pool closures, Aquanut athletes trained daily over Zoom and the team is optimistic about the 2021 season. Now back in the water, the team is still restricted in what it can do because of social distancing. Even so, junior coach Kristen Smidstra says, “It is such a relief to have pool time after months of online practice and be able to give the swimmers a small sense of normalcy right now.”

WCA has already won a virtual competition put on by USA Artistic Swimming (synchronized swimming is now known as artistic swimming). The National Skills Battle tested strength, power and flexibility on land. The Aquanuts dominated, placing three squads in the top four in the country. The local team will enter another virtual competition later this month, but this time they are back in the water competing with socially distanced routines to music.

The National Skills Battle was a virtual competition USA Artistic Swimming set up during quarantine so that swimmers would still have a competition to train for even if they did not have a pool to swim in. The Aquanuts decided to enter swimmers from all age groups and teams in the three rounds of competition which included tests like how many jump ropes you could do in 60 seconds, arched bridge pushups and handstand hold for time. All events were judged via Zoom by national judges.

For the upcoming National Routine competition, teams will submit videos of their solos, duets and teams to USA Artistic Swimming national judges.

The challenge for the Aquanuts now is finding ways to pay pool fees and continue to train athletes at the elite level with the loss of their main fundraiser, Bingo at the Blue Devils Bingo Hall. “Like many other organizations, WCA is facing financial challenges, but we are lucky to have extremely dedicated families and creative thinkers to get through this. The Blue Devils have been a great partner and we hope to get back to bingo soon,” says Kim Probst, WCA head coach and 2008 Olympian. 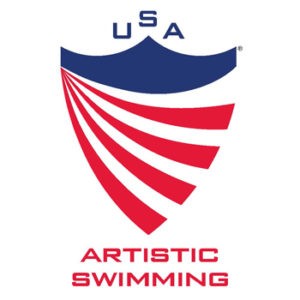 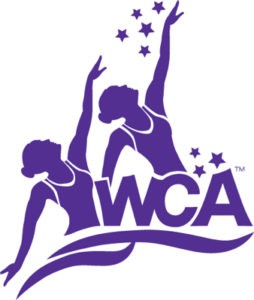