(Mar. 25, 2022) — I remember being underwhelmed by last year’s crop of Oscar nominees for best picture. Yet, compared to this year’s films, last year’s are wholly better. 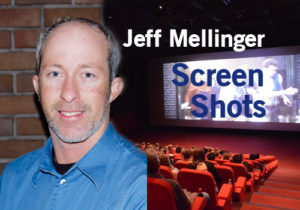 In fact, looking back over the past decade, I see a clear decline in the overall quality of the nominees. I put most of the blame on the unavailability of methods to view movies in general.

Long gone are the days where every nominee gets a true theater release. Sure, the rules still state all Oscar nominees must have some form of theatrical release before being available on a streaming service. However, that may just be for one week in one theater in Los Angeles. Three of the films on the list went that route. Not only was it impossible to see them in the theater, but it requires paying for two separate streaming services – Apple+ and Netflix – to watch them at home.

As usual, a couple of the nominees played in limited release for their entire runs. At their widest release point, “Belfast” and “Drive My Car” played in 1,255 and 215 theaters, respectively. Ironically, the advent of the ease of at-home watching made it possible for me to actually see these two films.

Maybe when the pandemic is finally behind us, the movie theater will be not only a place to go for the big movies, but for all the Oscar nominees as well.

Here is my rundown of this year’s nominees:

“CODA.” My least favorite best picture nomination last year was “Sound of Metal.” It was a rather boring film about a drummer who slowly goes deaf. Little did I know that my favorite nominee this year would also be centered around the hard of hearing. Emilia Jones plays teenager Ruby, the only hearing Child of Deaf Adults (CODA). She works with her brother and father on fishing boats and helps translate their sign language. She also aspires to be a singer, getting trained by the eccentric local high school teacher. Torn between two worlds, Ruby often has to make excruciating choices to please everyone. The acting, music, script and directing are all superb. Other than having to use a friend’s Apple+ account just to view it, I felt nothing but joy watching this film.

“Belfast.” A loving tale told by director Kenneth Branagh centering on his youth in Belfast during the height of the Catholic-Protestant clashes of the 1960s. Young Buddy (Jude Hill) cannot escape the fighting that has come to his streets, but his family and friends try their best to help him live as normal a life as possible. Shooting in beautiful black and white, Branagh expertly captures the essence of the tumultuous times in which he grew up.

“King Richard.” As much about Venus and Serena Williams as it is about their controlling father Richard, “King” is the story of a family living in two worlds that could not be more different. Richard transports his youngest daughters from their tennis courts in the ghetto to tournaments at country clubs while never truly fitting in at either place. I like Will Smith and tennis, but for some reason, I resisted seeing this movie when it was on HBO Max and in theaters last fall. Smith is absolutely mesmerizing; his mannerisms and elocution are perfect. His onscreen chemistry with all his female counterparts works tremendously. He deserves the Oscar for best actor.

“Dune.” Director Denis Villeneuve captures the first half of the classic novel “Dune” in magnificent form. The color palette and soft look of the film reminds me of “Arrival,” another of Villeneuve’s masterpieces. I could have watched this on HBO MAX for free but really should have seen in the theaters. I cannot wait for the second part.

“Drive My Car.” If this movie had been made in America, it would be 110 minutes long and never develop a full connection to the viewers. Japanese director Ryusuke Hamaguchi’s version is 180 minutes, spending a full 45 minutes on a preamble to the real story. It is unquestionably necessary to spend such time with Yusuke and his wife Oto. Their pained relationship is the catalyst that causes Yusuke to leave and direct a play in another part of the country. When he gets there, he is told he has to have someone drive him around. It is then he meets a similarly troubled soul in 23-year-old Misaki. Their commiseration never feels dreary even though both have suffered losses. Three hours is almost not long enough.

“Licorice Pizza.” A solid entry in the Paul Thomas Anderson catalog, “Licorice Pizza” is imminently watchable for the fireworks onscreen between the actors. A superb script is let down at times by the decision to take the focus off the two main characters, but the truck caper scene is one of the best scenes in a film all year.

“Don’t Look Up.” Watching this film about an imminent catastrophic meteor strike, it was apparent director Adam McKay wanted the meteor to stand in for the threat of COVID (or a potential future virus). People laugh at the scientists (Leonardo DiCaprio and Jennifer Lawrence) and claim there is no serious threat. Others take to the streets and protest the government’s decisions regarding the meteor. The ambivalent reaction by the general public to their impending doom is all too familiar. Funny at times, the jokes, however, do not always land. By far the funniest scene is a mid-credits’ sequence. Stick around.

“Nightmare Alley.” Director Guillermo del Toro is a master at scaring the audience while telling engrossing tales. “Devil’s Backbone” and “Pan’s Labyrinth” are beautiful stories wrapped in the supernatural. Yet it has been 15-20 years since those films, and he has not scared me since. “Crimson Peak,” “Shape of Water” and “Nightmare Alley” are all good movies, but I wanted more from the fright department. I never found myself invested in Bradley Cooper’s shenanigan as a hustler in the noirish “Nightmare Alley.” Several of the secondary characters had more interesting stories that were unfortunately not the focus.

“Power of the Dog.” Benedict Cumberbatch spends this whole neo-Western being angry at everyone. The only time he shows any goodwill toward a character is when he takes his brother’s wife’s pitiable son (Kodi Smit-McPhee) under his wing. Yet, it seems something more sinister may be going on. We cannot be sure; the effective performances keep things clouded. The acting is fine and the cinematographer captured some beautiful shots, but nothing else really stands out. I still struggle with whether I like this movie or not.

“West Side Story.” I’ve mentioned my general dislike of musicals. I would rather see them on stage than on screen. With Steven Spielberg directing a purported classic, this one had a chance to be at least watchable. Sadly, it is not. The stupidity of the characters’ choices is a flaw in the original, but Spielberg is nothing if not devoted to paying homage. The treacly dialogue and acting are laid on thicker than maple syrup, while the musical numbers are only so-so. This is the worst best picture nominee since “The Revenant.” It had better not win. 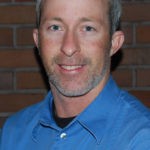 Jeff Mellinger is a screen writer and film buff. He holds a BA in Film Studies and an MFA in film production. He lives in Concord.